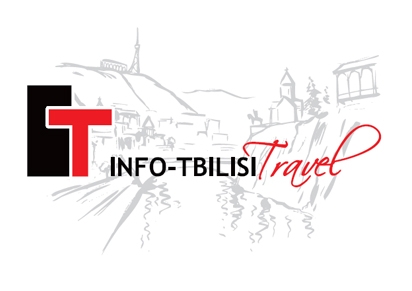 In case if you you're planning an extreme vacation, if you would like to enjoy a little off road adventure, great history and culture, nature, geology, or panoramic vistas, our Company has the right tour for you. Enjoy the thrill of our most popular four-wheel drive tours combined with a spectacular ascent offering panoramic views of the most beautiful areas of the highest mountains of Svaneti! During the whole tour you will enjoy every day picnic lunches. So sit front and enjoy the ride!

Day 2 : Tbilisi / Tsalka / Tskhratskaro Pass / Bakuriani
Drive to Tsalka, passing by the beautiful landscapes and mountainous passes. Arrival in Bakuriani, the popular ski resort. The highest mountain of the resort used for skiing is called Mount Kokhta at around 2200 meters (7218 ft.) above the sea level.

Overnight at the hotel.

Day 3 : Bakuriani / Borjomi / Vardzia / Akhaltsikhe
Drive to Borjomi, famous with its nature and Natural Mineral water springs. Visit the Timotesubani Monastery en route. The main church is dedicated to the Virgin (12th - 13th c.c.).
Drive to Akhaltsikhe region, where the beautiful nature and architectural monuments are blended in harmony. Visit Vardzia (12th c.), a rock-hewn complex on the left bank of the river Mtkvari was founded in the 12th -13th c.c., during the reign of Giorgi III and Queen Tamar. Initially planned as a town-fortress, the complex became a well fortified monastery, which had a significant role in political, cultural, educational and spiritual life of the country. In the middle of the complex there is a Church of Assumption, richly decorated with mural painting.

Overnight at the guesthouse in Akhaltsikhe.

Day 4 : Akhaltsikhe / Goderdzi Pass / Batumi /
Situated 90 kms from Batumi, Goderdzi Pass rests 2,500 metres above sea level. The territory is surrounded by pine and mixed forests and is rich in pure streams. Batumi is the most beautiful city at the Black Sea side.
Overnight at the hotel in Batumi

Day 5 : Batumi / Zugdidi / Mestia
Drive from Batumi to Zugdidi. Viisit Dadiani Palace in Zugdidi. The representatives of Dadiani Dynasty were acquainted with world history, culture latest technical achievements. They were tightly involved in the social events. The Palace keeps 41 000 museum objects. Most of them are unique and invaluable examples of Georgian and foreign art. Drive to the direction of Svaneti. En route we visit Enguri Dam with the height of 271 meters (the highest dam of this type in the world). The Dam makes a water-storage reservoir in the picturesque gorges of Samegrelo and Svaneti mountains. It's time to get ready for the most exciting part of the trip - a journey to Svaneti, the region of the highest mountains and glaciers and the most abiding ancient traditions. In Svaneti we visit Latali and Lenjeri single-nave basilicas of the 8th-9th-14th c.c., built by stones without ornamentation, with the interior richly decorated with murals.

Overnight at the guesthouse in Mestia.

Day 6 :  Mestia / Ushguli
Laghami Saint George's church (7th-12th c.c.) and Svan dwelling complex. Visits to: The church of St. George in Nakipari (1130 AD) and Ethnographic Museums in Ushguli. Ushguli is considered to be the highest populated place in Europe (2200 m above sea level).

Day 8 : Kutaisi / Gori / Stalin Museum / Uplistsikhe / Tbilisi / Departure
Drive to Gori. The city was founded by one of the greatest kings of Georgia, David the Builder (1089–1125). Visit the Joseph Stalin Museum in Gori, Georgia is dedicated to the life of the town's most famous son, Joseph Stalin, who became the leader of the Soviet Union. We’ll visit Uplistsikhe, "the lord's fortress" is an ancient rock-hewn town in eastern Georgia. Built on a high rocky left bank of the Mtkvari River, it contains various structures dating from the 2nd ML BC to the Late Middle Ages, and is notable for the unique combination of various styles of rock-cut cultures.

Drive to Tbilisi for departure back home.